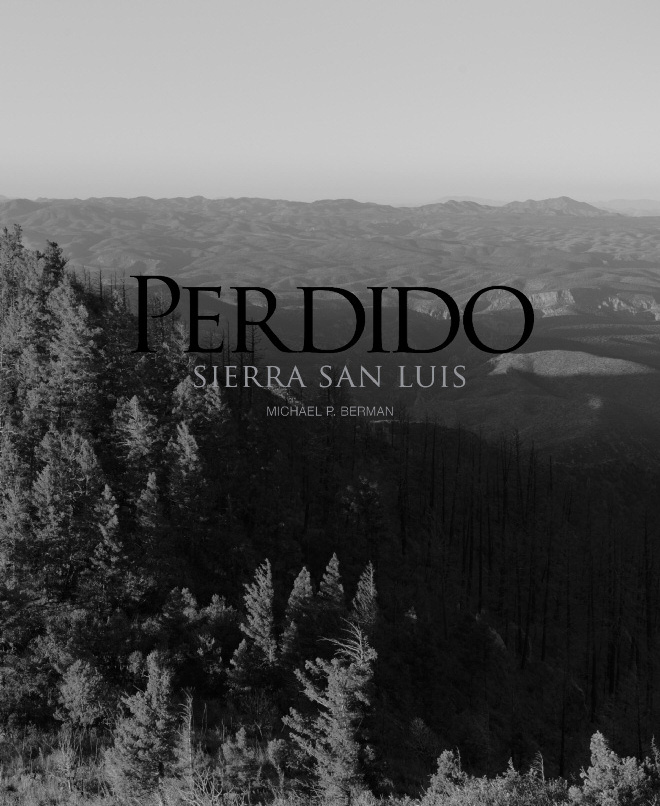 By Michael P. Berman, Foreword by Tim DeChristopher, Essay by Rodrigo Sierra Corona, Afterword by Valer Clark. “No estoy perdido. I am not lost. I like this country. I am happy here, and I feel safe.... The border throws you off, but it also wakes you up. I was not always this comfortable here, and it is a bit of a story how I fell in love with the Sierra San Luis. It starts with the day I saw the last Mexican wolf on American soil—not one of the reintroduced ones with leather dog-collar trackers strapped around their necks, but a wild one up from Sonora or maybe Durango—and it ended when an old Mexican rancher, the man who killed the same wolf, opened a locked gate for me and let me in.” - Michael P. Berman – The remarkable Sierra San Luis forms the nexus of the Sierra Madres and the Rocky Mountains. Berman wandered the Mexican borderlands occupied by ranchers, wildlife, and narcos. His documentation—photographs and words—explores the meaning of the beautiful and rugged landscape and provides a poetic understanding of how one learns to see the land. As Berman notes, the ecological systems on the planet are failing, yet in the Sierra San Luis the collapse has reversed itself - water, soil, and ecological diversity - are all increasing in quantity and improving in quality. Why here and nowhere else? 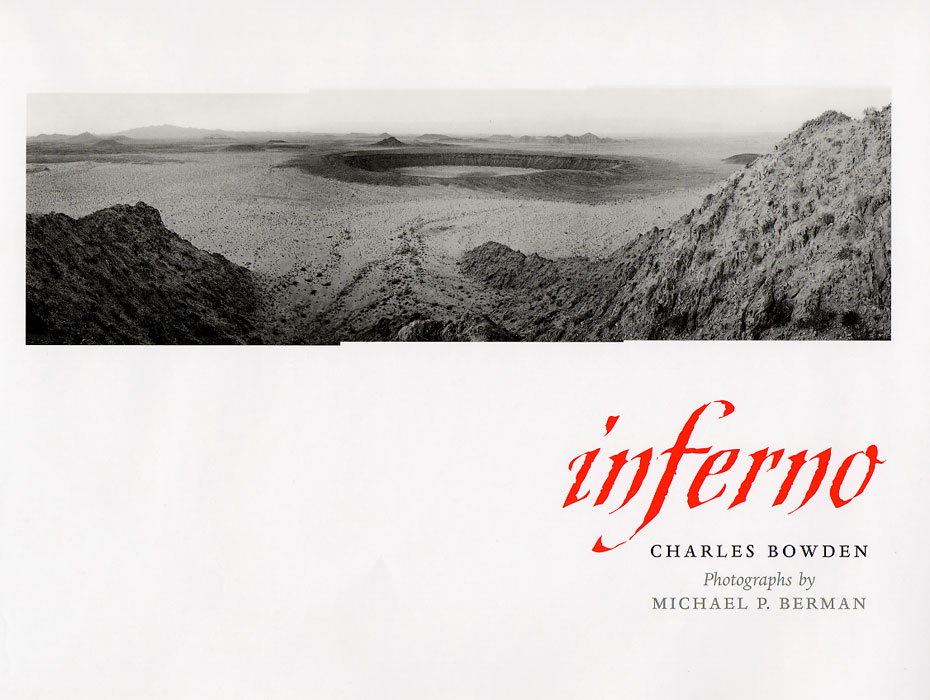 Text by Charles Bowden. Photographs by Michael P. Berman. Inferno burns with Charles Bowden’s passion for the desert he calls home. “I want to eat the dirt and lick the rock. Or leave the shade for the sun and feel the burning. I know I don’t belong here. But this is the only place I belong,” he says. His vivid description, complemented by Michael Berman’s acutely observed photographs, make readers feel the heat and smell the dryness, see the colors in earth and sky, and hear the singing of dry bones across the parched ground. 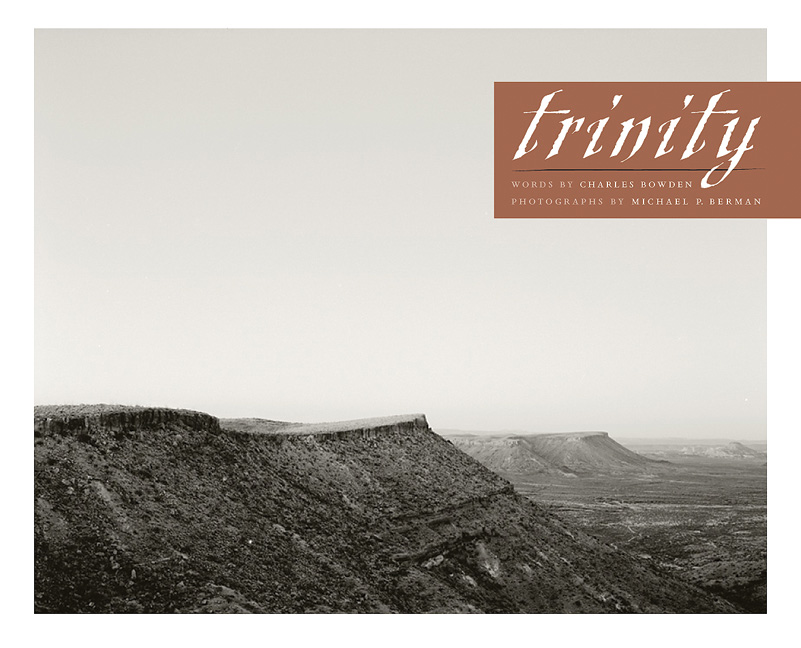 Completing the trilogy - History of the Future - Trinity is Charles Bowden’s Impassioned manifesto on the human folly of trying to control and domesticate the desert edge of the United States and Mexico. Providing a stunning visual Counterpoint Michael Berman’s photographs reveal both the harsh beauty and scars the land bears after centuries of human abuse. 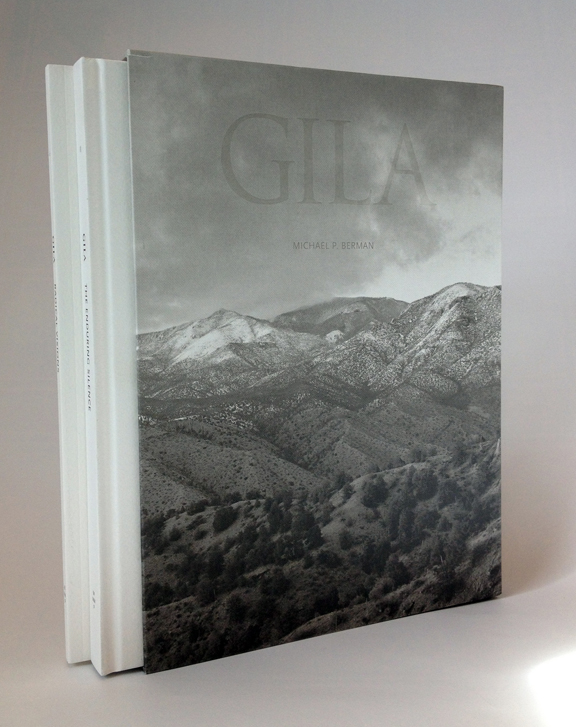 Edited and with a Foreword by Mary Anne Redding Vol 1: Radical Visions:  Essays by Sharman Apt Russell, Charles Bowden, Philip Connors, Dave Foreman, Jorge Garcia, John Horning, Rex Johnson, Victor Masayesva, Jr., Guy McPherson, Alejandro (Alex) G. Munoz Jr., Mary Katherine Ray, M. H. Salmon, Martha Schumann, and Patrick Toomay    Vol 2: The Enduring Silence: Photographs by Michael P. Berman Designed by David Skolkin Often referenced but seldom visited, the Gila is one of the most important and least photographed landscapes in the American west. Noted environmentalist Aldo Leopold conceived the modern concept of “wilderness” here. It was in the Gila that he learned the significance of fire and water, predators and prey, and the marvels of large untrammeled landscapes. This is a place that still teaches us to see the land as a complex living system. 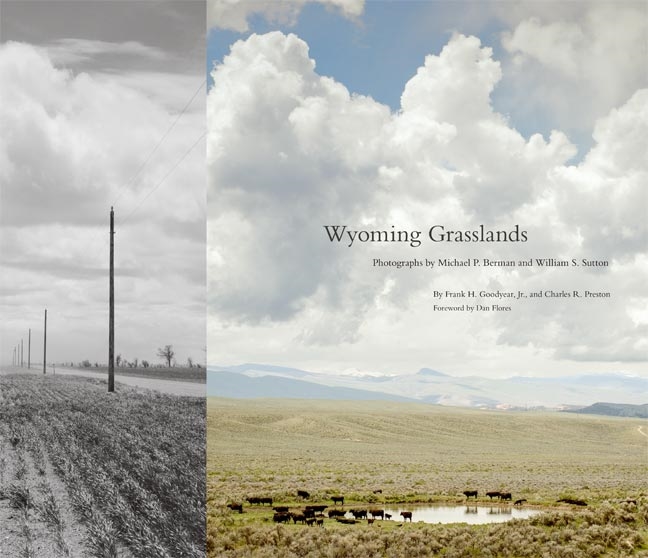 This landscape is now captured in all its spectacular diversity in the photography of Michael P. Berman and William S. Sutton, two of the modern American West’s most accomplished and well-known landscape photographers. Essays by Frank H. Goodyear, Jr., and Charles R. Preston provide a contextual framework for the images. Goodyear introduces us to the imagery of the American West and explains the place of Berman’s and Sutton’s work within that tradition, and Preston focuses on the natural history of the grasslands, illuminating the area’s ecological diversity and changes through the seasons and over the years. 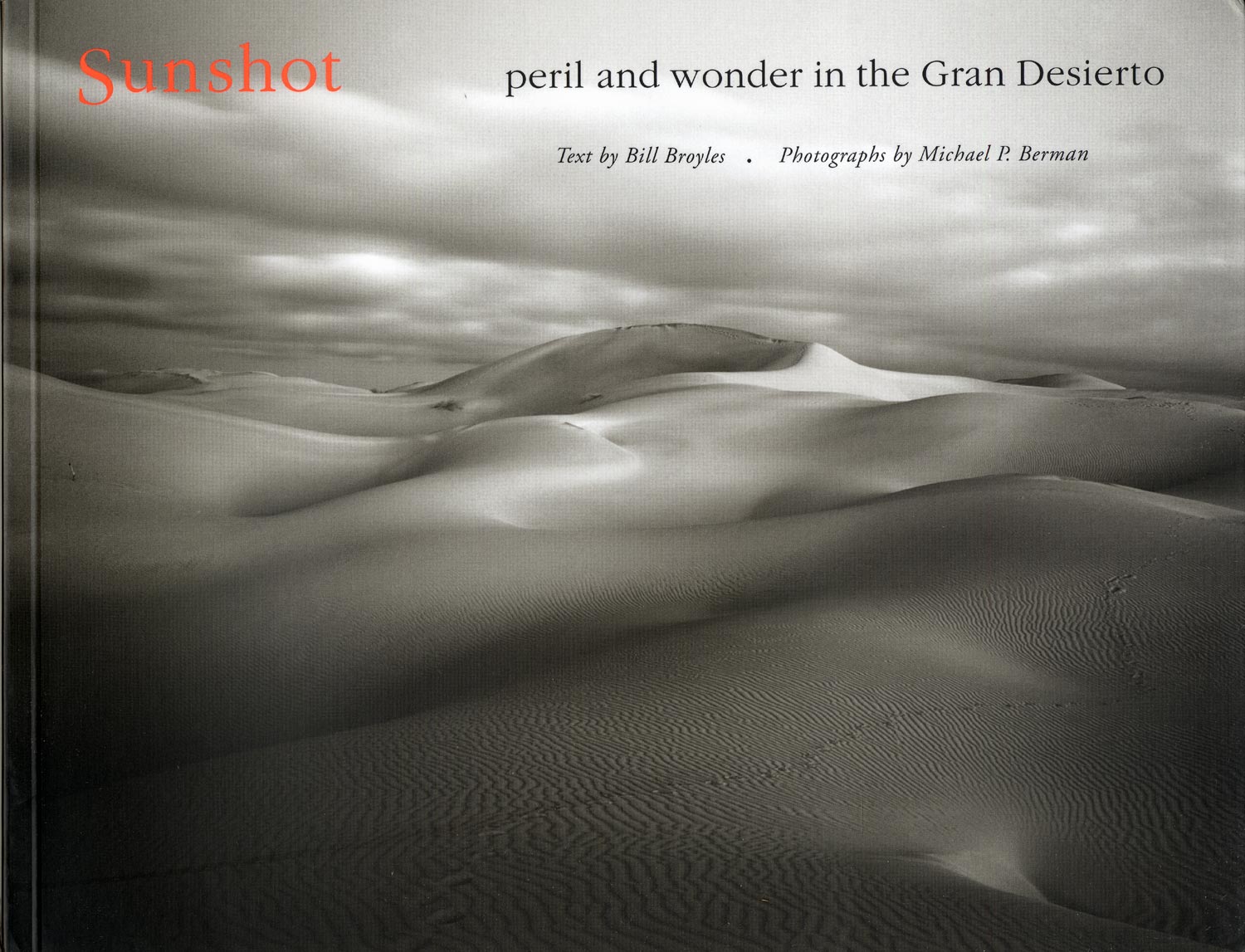 Peril and Wonder in the Gran Desierto. Text by Bill Broyles. Photographs by Michael P. Berman. Michael Berman’s stark black-and-white photographs capture the desolate beauty of the desert while conveying a sense of Broyles’ adventures.  Gleaned from more than 4,000 images, these exquisite photographs translate the desert’s formidable monotone into finely-tuned studies of light and represent some of the best photos ever taken of this mysterious region.             El Gran Desierto is a grand desert indeed, with beauty, spirit, and mystery rivaling any place on earth, and anyone captivated by the earlier explorations of Lumholtz, Ives, or Hornaday—or by Edward Abbey’s love of desert places—will revel in these modern-day adventures.  Sunshot defies the stereotype of a punishing wilderness to show how even the most perilous desert can be a forgiving place if approached with knowledge and respect.